Melvin Gordon is one of the most electrifying running backs in the NFL but what is not seen on Sunday is his story. The Los Angeles Charger joins the LIFE WITHOUT LIMITS podcast with Yogi Roth and shares elements of his competitive journey.

Beginning in Kenosha, Wisconsin Melvin found that his creative work ethic would lead him to developing a skill set that allowed him to be one of the top players in the nation coming out of high school. For example, as a child he and his Dad would dig through trash cans and find water bottles to use as cones when doing agility work.

That work ethic translated to college where he became a Heisman Trophy Finalist. A key to his success is his grit, which Melvin continued to develop during late nights in Madison, Wisconsin, working out past 2am to maintain his edge. That edge led him to becoming a first round NFL Draft pick.

Melvin also shares his process with Yogi: from processing his father going to prison and being released, how he is able to ‘re-set’ as a competitor and how he processes the sheer physicality of football.

His vulnerability and candid nature will have you leaning in, as Melvin will motivate, inspire and remind all of us that the only limits we have in life are the one’s we set ourselves.

For more conversations around those Seeking to be their best self visit www.YogiRoth.com. 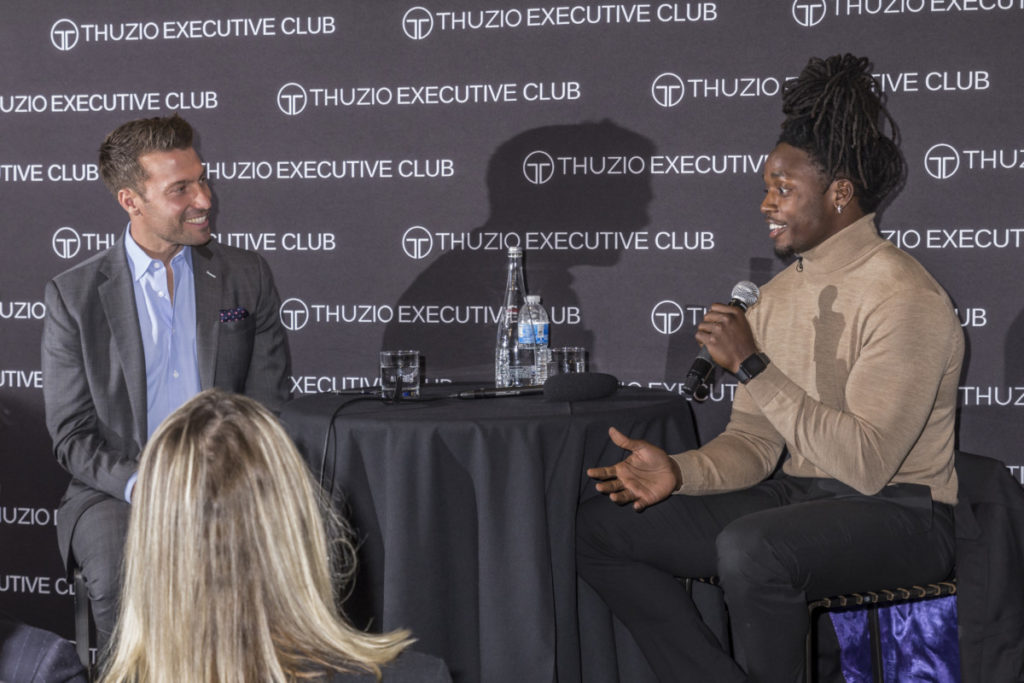 Melvin Gordon and Yogi Roth talk about his journey at a Thuzio event in Hollywood, CA